Flygirls in my mailbox 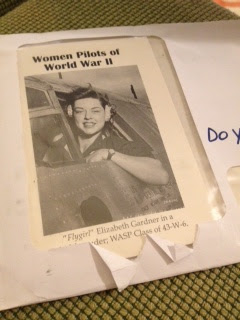 It was a regular day like all the others, I arrived home from work and opened my mailbox. As usual, it was filled with empty space and a promotion from a local theatre show and this piece of unsolicited "junk" mail. But when I looked at it I realized this is no ordinary mail, this mail means....


Everyone is getting ready to celebrate Women's History Month!


Look at that envelope. You can't see in the picture but above the computer generated address next to the photo is the message "Do you remember me?" And my answer was "No, I don't know who you even are!" 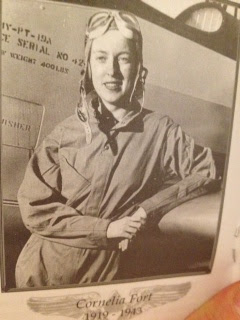 After letting the envelope sit on my table for a few days, (I like to age my mail.) I opened to to see that I received this book from the National WASP WWII Museum. At first, I though WASP mean the other WASP (no not the insect, the White, Anglo-Saxon Protetsant one) but it turns out WASP stands for Women Airforce Service Pilots. (I wonder if this use of WASP pre-dates the other one.) Though I did wonder if these airline ladies were also that type of WASP, but no! The WASP pilots include women form Native American and Chinese descent too. And that is what I know from flipping through the book sort of with a cat on my lap.

But from what I have read so far, these women filled roles testing and training so that more male pilots could be available to fly on the front lines. 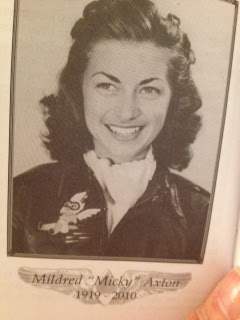 The Women in Airline Service flew in WWII. They came from all walks (flights) of life and 38 died in service and we all know about WWII. You can learn more about these women at the National WASP WWII Museum in Sweetwater, Texas.

The Flygirls even had their own mascot, designed by Disney: Fifinella.